The home of the prestigious Meridian Club and its small nucleus of homeowners and seasonal residents, this was the site of the first tourist development in the Turks & Caicos, planned in the 1950's but only coming into commercial operation in the 1970's.

Pine Cay is 800 acres, less than one mile wide and two miles along. It is level, sandy and has several distinct zones of vegetation. The wide, long and fine sandy beach on the north side is good for shelling and searching for sand dollars. On its northern end, the island has fresh water lakes with several species of salt water fish. The atmosphere on Pine Cay is very peaceful; no vehicles are allowed with residents using golf carts or bicycles. It is an exclusive and very private island occupied by the select community which occupies seasonally the 35 houses on the island along with the guests and staff of the Meridian Club. 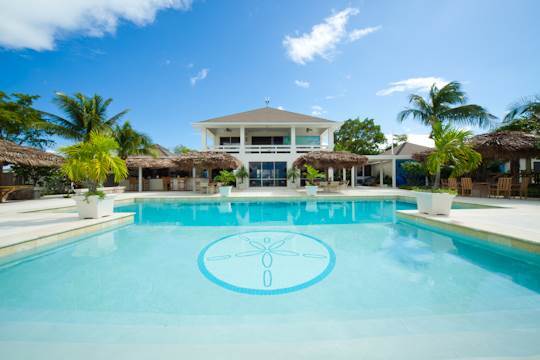